In Memory of Timothy "Tim" Lyston, Weichert in Chester 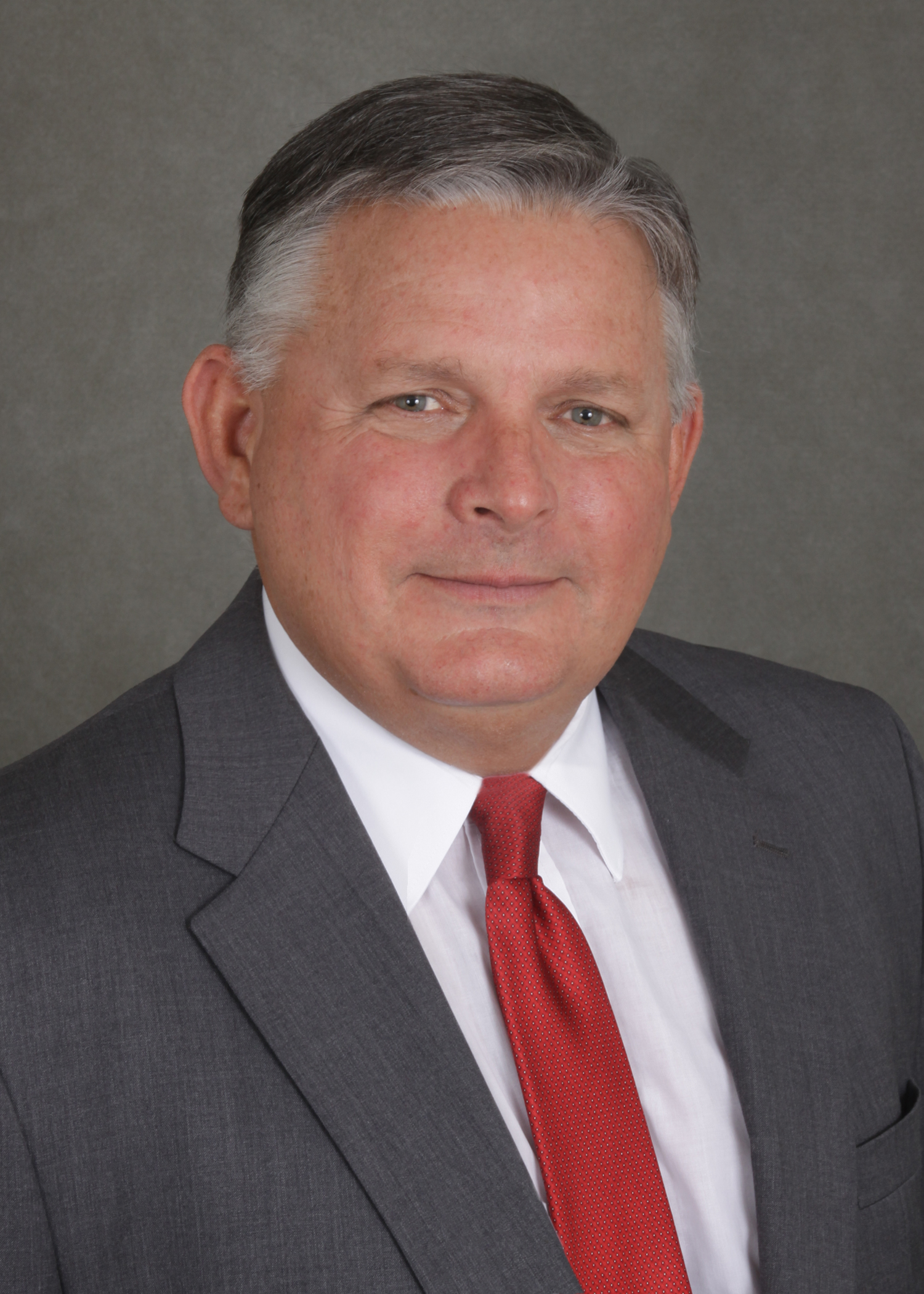 It is with great sadness that we announce the passing of Timothy "Tim" Lyston, Weichert, Chester, NJ.

It is with great sadness that we announce the passing of Timothy “Tim” Lyston (68), of Hackettstown, New Jersey passed away on December 12, 2022. Timmy was born in New Hyde Park, NY. He enjoyed the ocean, nature, fishing, long walks, the Yankees, going to the gym, Chinese food, old movies; as well as clam chowder, smoking his cigars, a good drink, and enjoying good conversation and the company of good people.

He loved visiting Hampton Bays on Long Island where his mother had a summer home when he was a child and Sanibel Island in Florida. He was truly proud to be a realtor and enjoyed working at Weichert Realtors for 35 years. He was a loving Uncle to Mikayla Lyston and her mother Eileen Lyston; cherished his friendship with John Heuneman and Patrick Brennan. Tim was a man who always loved to speak about life and put smiles on everyone’s faces and always dressed to the 9’s. Tim will continue to help people in many ways since he is an Organ Donor. He will be deeply missed by all whom he encountered.

We at the board, extend out heartfelt condolences to the Lyston's family and friends.

In Memory of Philip Migliaccio, BHHS in Morristown 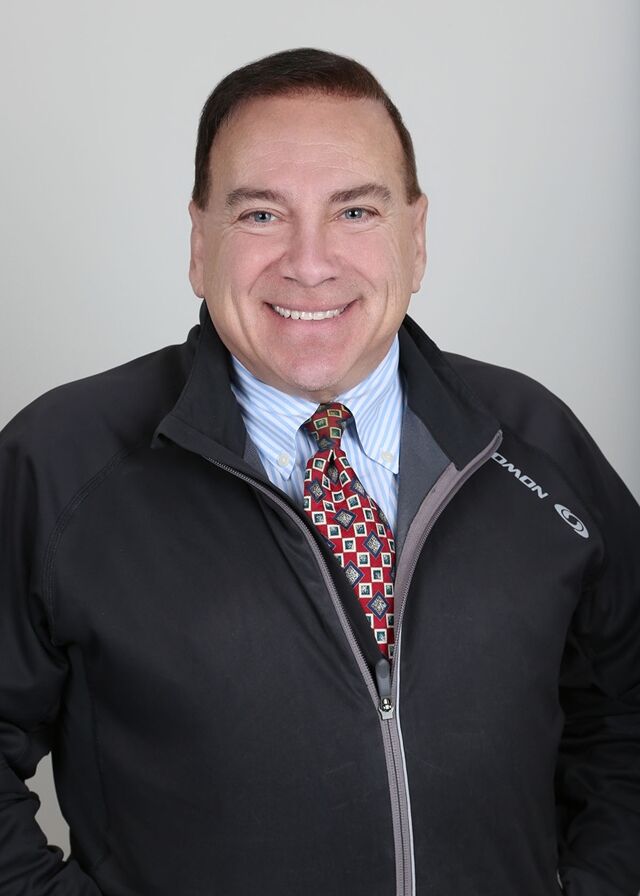 It is with great sadness that we announce the passing of Philip Migliaccio, Berkshire Hathaway, Morristown, NJ.

Phil was an award-winning Realtor with over 31 years experience in the real estate business. Some of his awards include Chairman’s Circle and President’s Circle as well as a Circle of Excellence winner for many years. One of his greatest attributes was his large amount of repeat customers.

Phil was a lifetime resident of Rockaway, NJ, and was well known in the community especially with the mom and pop stores in town. He was a William Paterson college graduate and a former teacher of the Mine Hill/Dover school system. Phil was a constant figure at his office and always brought his smile, his laughter, and his love for life and loud music every day.

We at the board, extend out heartfelt condolences to the Migliaccio's family and friends. 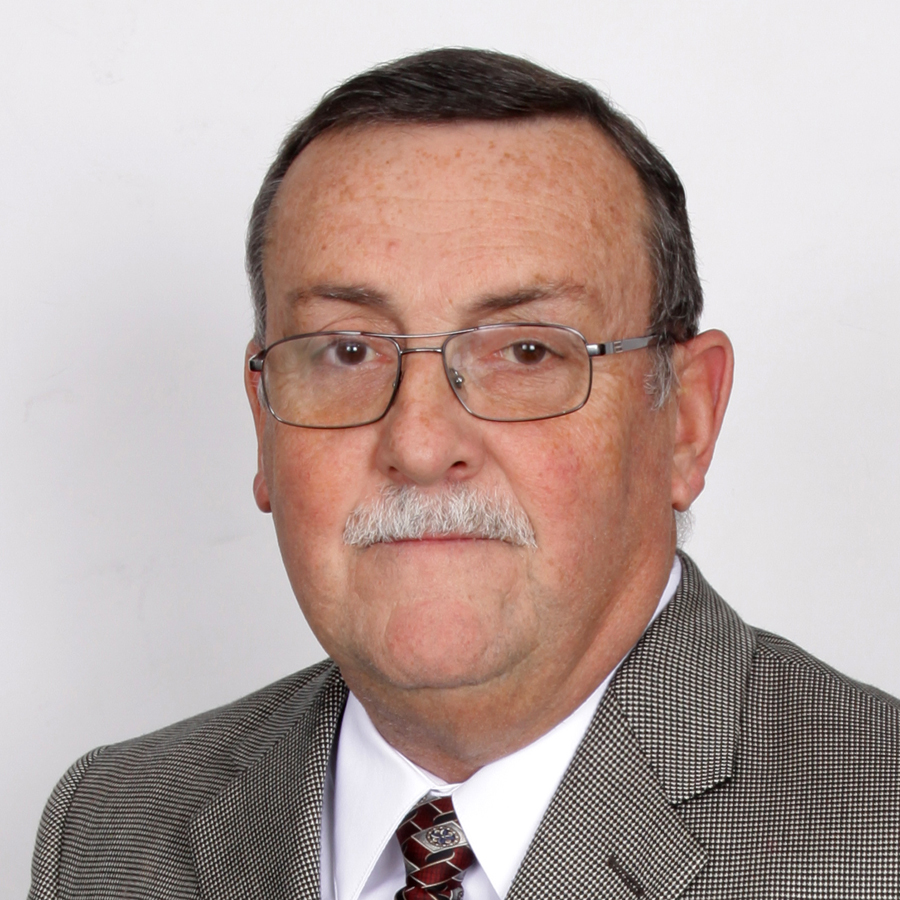 It is with great sadness that we announce the passing of Robert Feldmann, Juba Team Realty, Oak Ridge, NJ.

Robert P. Feldmann, 80 years, of Oak Ridge, NJ, passed away on Tuesday, December 6, 2022. He was born on July 17, 1942 in Paterson, NJ to the late Anne (nee Salurso) and the late John “Jack” Feldmann. Robert graduated from Don Bosco Technical High School in Paterson, NJ. Robert married Angela Petracco in 1965 and they resided in Little Falls, NJ, moving in 1968 to Oak Ridge, NJ where they remained until his passing.
Robert was a longtime banker and real estate agent. He started his banking career at First National Bank of Paterson and worked at various financial institutions throughout his 40+ years in the industry. He began his real estate career with Fieldcrest Realty and was most recently with Juba Team Realty.

In his spare time, Robert enjoyed coaching his children while they were growing up and later being on the sidelines for any sport his grandchildren played. He was often seen at the Jefferson Twp. High School football games as a spotter. Robert was also an avid golfer. He proudly served as an usher for the parishioners of St. Thomas the Apostle RC Church.

The family will receive visitors on Monday, December 12, 2022 from 4-8pm at the Stickle-Soltesz Funeral Home, 187 La Rue Road, Newfoundland, NJ 07435 (for GPS use 1 Post Place).The funeral mass will take place on Tuesday, December 13, 2022 at 10am at St. Thomas the Apostle RC Church, 5635 Berkshire Valley Road, Oak Ridge, NJ 07438. The interment will immediately follow at St. Thomas the Apostle Cemetery, adjacent to the church.Online condolences and directions: www.sticklesolteszfuneralhome.com.

We at the board, extend out heartfelt condolences to the Feldmann's family and friends.

In Memory of Pamela Hagdorn, Fajardo Realty Group in Elizabeth 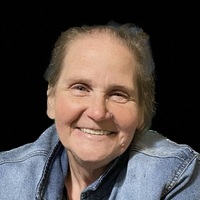 It is with sadness that we inform you of the passing of NCJAR Member Pamela Hagdorn of Fajardo Realty Group, Elizabeth, NJ.

Visitation will be Wednesday November 16th from 3-8PM at Migliaccio Funeral Home & Cremation Services, 851 Kennedy Blvd. (at 33rd St.) in Bayonne, with a prayer service to be celebrated towards the end of services. In lieu of any flowers, donations can be made to The Bayonne Elks Club Youth Drug & Awareness Program, through a link that can be found here on her obituary page under “Memorial Donations” at www.MigliaccioFuneralHome.com.

We at the board, extend our heartfelt condolences to the Hagdorn family and friends. 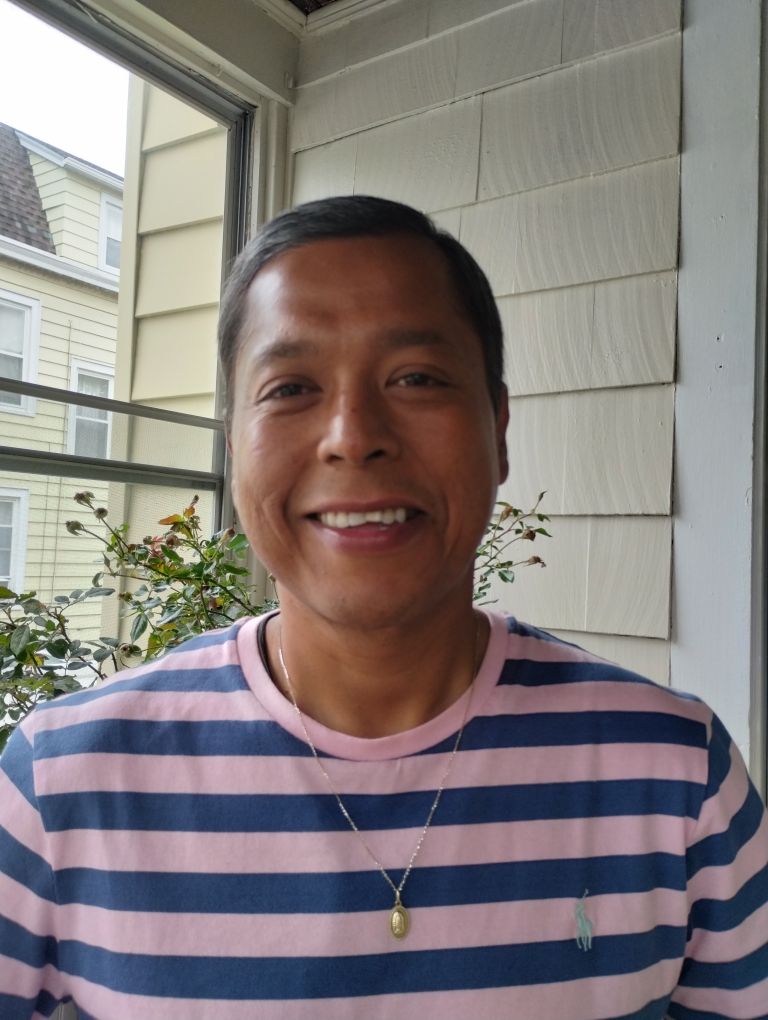 It is with great sadness that we announce the passing of Mario Ernesto Corado Avila of Bloomfield, NJ. He passed away on November 16 with his mother, Ana Leticia Avila, and brother, Guillermo Avila, by his side. He was 41.

Formerly Mario worked as Administrator at the West Essex Board of Realtors (WEBOR), and prior to that he was a realtor at Berkshire Hathaway Home Services in Montclair. Most recently he worked as a retail store department coordinator. An avid soccer fan all of his life, he was a supporter of both Manchester City of the English Premier League and Chivas Guadalajara of the Mexican Primera Division.

A memorial mass will be held at Immaculate Conception Church in Montclair, located at 30 N Fullerton Avenue, at 11AM on Saturday December 10th.

In lieu of flowers, the family requests a donation be made to the Brain Aneurysm Foundation. Please read more at https://www.bafound.org/.

In Memory of Rebecca Wampler, Prominent Properties in Westfield 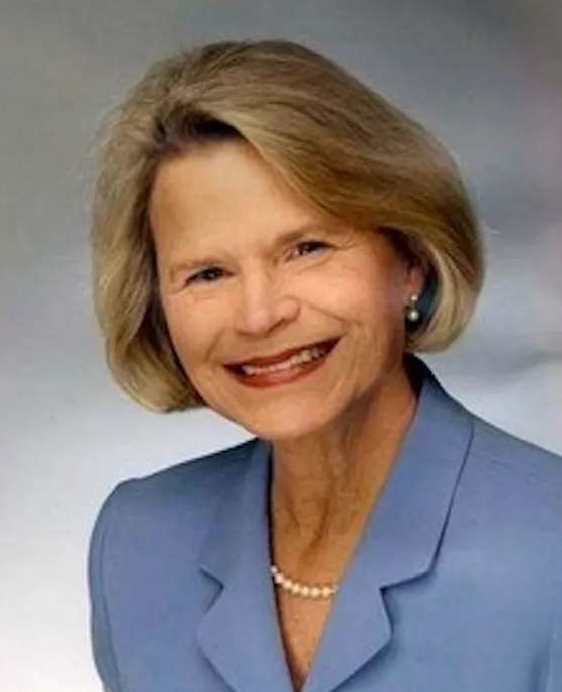 It is with sadness that we inform you of the passing of NCJAR Member Rebecca Wampler of Prominent Properties in Westfield.

After staying home to raise her children, Becky successfully pursued a career in real estate in both Concord, N.C. and Westfield, N.J., where she developed a wonderful and supportive network of friends and colleagues.

In lieu of flowers, her family suggests that gifts in her memory be made to the First Presbyterian Church – Concord Memorial Garden at https://firstpresconcord.org/give/give-now or to ROS1ders at https://www.theros1ders.org/donate.

We at the board, extend our heartfelt condolences to the Wampler's family and friends.

In Memory of Ruth Reichenstein, Coldwell Banker in Livingston 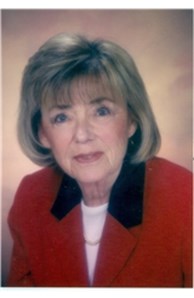 It is with sadness that we inform you of the passing of NCJAR Member Ruth Reichenstein of Coldwell Banker, Livingston.

We at the board, extend our heartfelt condolences to the Reichenstein family and friends.

In Memory of Joseph DeFalco, Coldwell Banker in Wayne

It is with sadness that we inform you of the passing of NCJAR Member Joseph DeFalco of Coldwell Banker, Wayne.

Joseph was a real estate agent with Coldwell Banker for the past 20 years. Jody was to all who met him a true gentleman, he loved helping anyone at any time. A kind and loving family man, Jody loved being with his family and friends at his shore house. Nothing gave him more pleasure than bringing his family and friends out on his boat for a day of fun. He relished spending time with Donna, his sons and grandson at the beach, on the boat, or just being in his garage fixing things. Jody truly enjoyed making those around him comfortable and happy.

Funeral Mass will be Thursday September 29, 2022 at Our Lady of Consolation RC Church at 11:30 am. Visiting Wednesday 4-8 pm at the Marrocco Chapel 470 Colfax Avenue, Clifton.

We at the board, extend our heartfelt condolences to the DeFalco family and friends.

In Memory of Leonard DeFilippo, Archway Realty in Pompton Plains 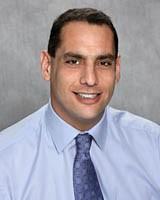 It is with sadness that we inform you of the passing of NCJAR Member Leonard DeFilippo of Archway Realty in Pompton Plains.

We at the board, extend our heartfelt condolences to the DeFilippo family and friends. 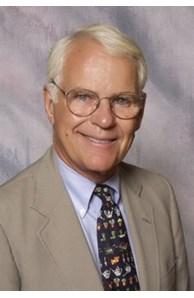 With deep regret, we inform you that Edward “Ned” Ward II, former Broker of Coldwell Banker New Vernon, NJ, has passed away. In addition to being a valued member of NCJAR since the 1970s, Ned served as President of the Morris County Board of Realtors, NJ Realtors, as well as Regional Vice President over New Jersey, New York, and Pennsylvania for the National Association of Realtors. During his tenure, the education requirement for real estate salespersons was raised to a high school diploma. The entire Real Estate Community will greatly miss Ned.